On 06/29/2017 and together with the CDU/CSU parliamentary group, HÁWAR.help offered a forum to survivors of sexual violence and enabled them to raise their voices. The survivors broke their silence with self-determination and freed themselves from the stigmas and taboos that they had to endure.

“The concern that nothing is happening is valid,” CDU/CSU group chairman Volker Kauder noted in his opening speech. He welcomed survivors Salwa Rasho, Nusreta Sivac and Ruth Barnett, who came to publicly tell their stories, and emphasized the importance of taking this step: “I am touched and deeply impressed that they could find the necessary courage to overcome these taboos.” Kauder acknowledged the work of HÁWAR.help and thanked Chairwoman Düzen Tekkal for her commitment and service: “It is women who can turn things into good. At every level, she stands against extremism, for the values of our republic and the constitution.”

Systematic sexual violence against women is a weapon that has been globally and continuously used throughout history. Bianca Jagger explained that those acts are a “strategyof terror and death” and added: “It is our responsibility to do something and help the victims.”

But it is hard for these women to talk about the horror that they had to endure. The destructive implications remain in the shadows of society over generations, UN Special Representative of the Secretary-General Ms. Pramila Patten notes. Holocaust survivor Ruth Barnett states:

“Denial is toxic,” and tells us that her mother has taken the secret into the grave.

Prosecution is tough and many victims remain silent for fear of societal judgement and exclusion. “The insidious thing about these crimes is that this is the only type of crime in which the stigma remains with the victims instead of the perpetrators,” trauma psychologistJan Ilhan Kizilhan emphasizes. Many survivors of sexual violence commit suicide. Attending ICC judge Prof. Bernhard Schmitt adds: “Prosecution is tough so it is even more important that the survivors break their silence and name their perpetrators.”

“Every single case is a human tragedy,” Federal Chancellor Angela Merkel notes in her speech. “This is not an abstract topic but reality,” she states and directs her words to UN Goodwill Ambassador Nadia Murad by emphasizing the fate of the Yazidis. Merkel highlights that the missing gender equality in Germany and elsewhere results in aggression against women. Federal Development Minister Dr. Gerd Müller, too, emphasized how much he was affected by the fate of the women who escaped ISIS captivity.

“Instead of discussing social rehabilitation programs for ISIS fighters for the tenth time, we need to empower the victims,” journalist and founder of a human rights organization Tekkal states. She continues: “These women and their stories are the best weapon against extremism, here in Germany and elsewhere. The empowerment of women needs to happen here as well as in the cultures of origin. We can help these women by enabling work and education forthem.” Chancellor Merkel confirms the importance of this aspect in her own speech: “Themore these aspects are strengthened, the more they will have a chance to an empowered and self-determined life.”

HÁWAR.help follows this particular approach with the establishment of their new project BACK TO LIFE, in which women in Iraq are supported with emancipatory measures for education and work. This project was introduced following the daytime conference at the ceremony for the HÁWAR.help Human Rights Award. Economic independence is at the basis for the cultural suppression of women. This project is supported by the Findelkind- Sozialstiftung and Representatives Prof. Dr. Robert and Renate Schmucker, who awarded a check in the amount of 25.000,00 € to HÁWAR.help on this evening.

On behalf of all women who have become victims of sexual violence, the 28 year old Nejlaa Mato received the award on 06/29/2017 following the daytime conference. She was in ISIS captivity for two years, repeatedly sold on slave markets and lost 37 family members, among them her own parents and siblings. She is one of the women who are supported by HÁWAR.help and gives an account of what happened to her.

The second award honored Nusreta Sivac, Bosnian activist and judge, who fell victim to the rape crimes of the Kosovo War during the 1990s and eventually brought her perpetrators and several war criminals to court after the war. Until this day, Sivac tirelessly fights for the recognition of war crimes. Both women publicly give the stories of survivors a face and are role models through their public engagement to break the silence surrounding these crimes.

The decision on the recipients for this year’s award in the fight against sexual violence in conflict was made by the HÁWAR Committee. With the support of the psychologist Dr. Jan Ilhan Kizilhan, AJC Berlin director Deidre Berger, journalist Antje Schippmann, Dr. Günes Murat Tezcur who holds a Political Science professorship at the University of Central Florida, and Dr. Michael Brand, MP and chairman of the human rights work group of the CDU/CSU parliamentary group, the committee was filled with a wide expertise on the subject. 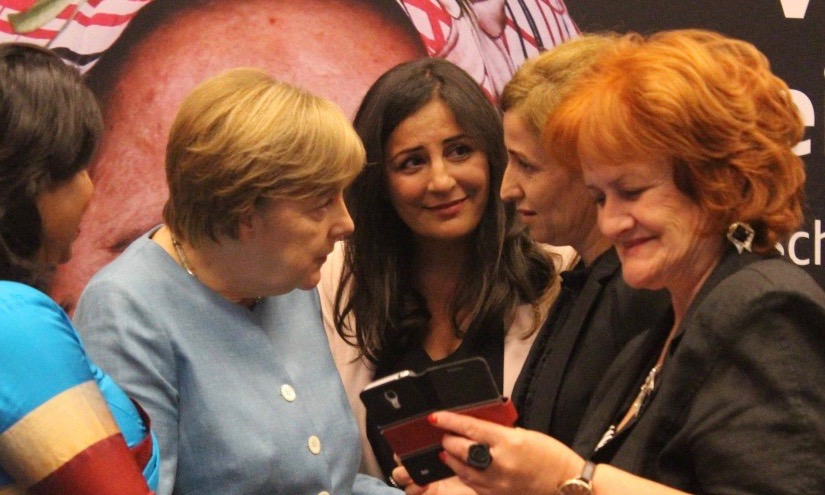 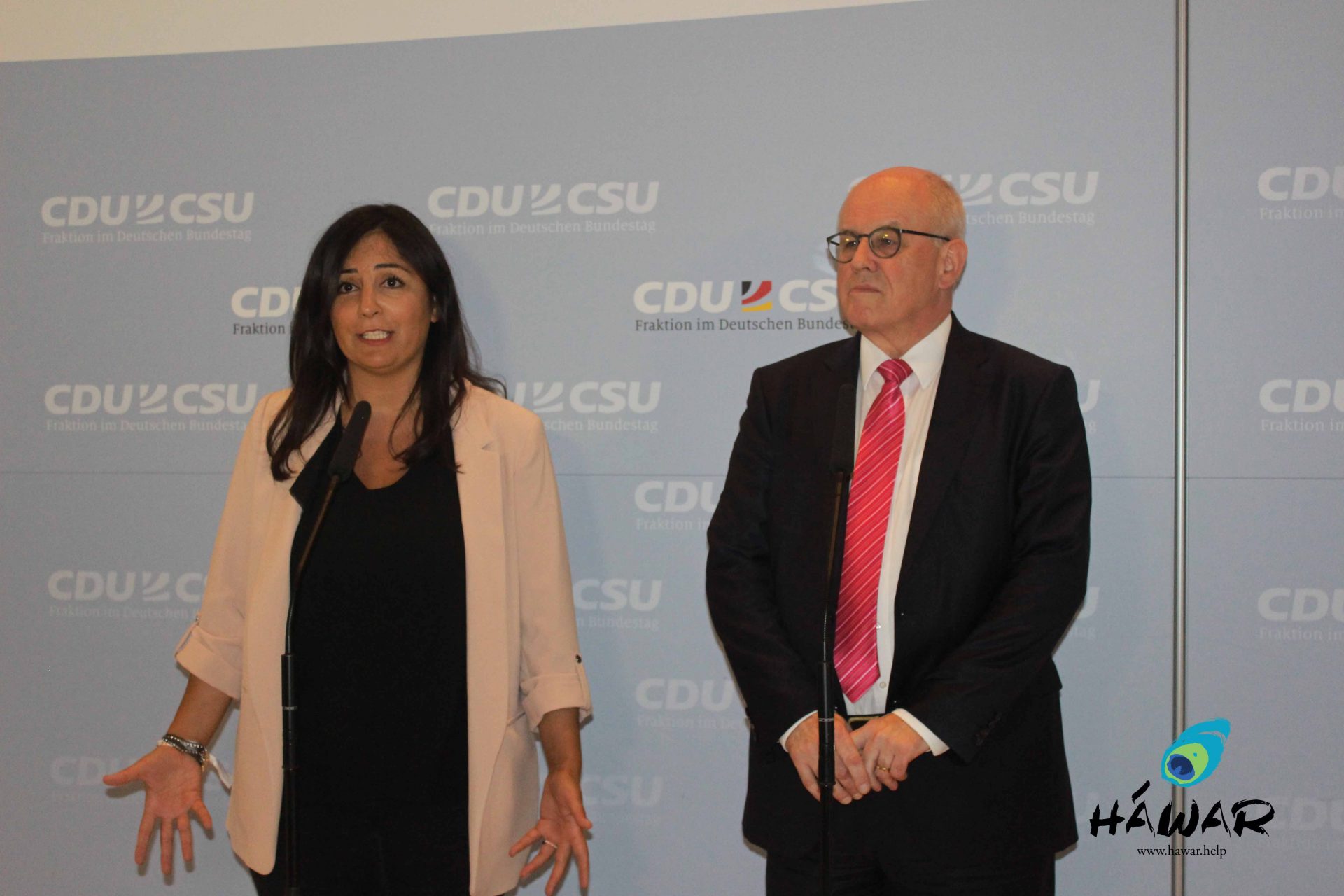 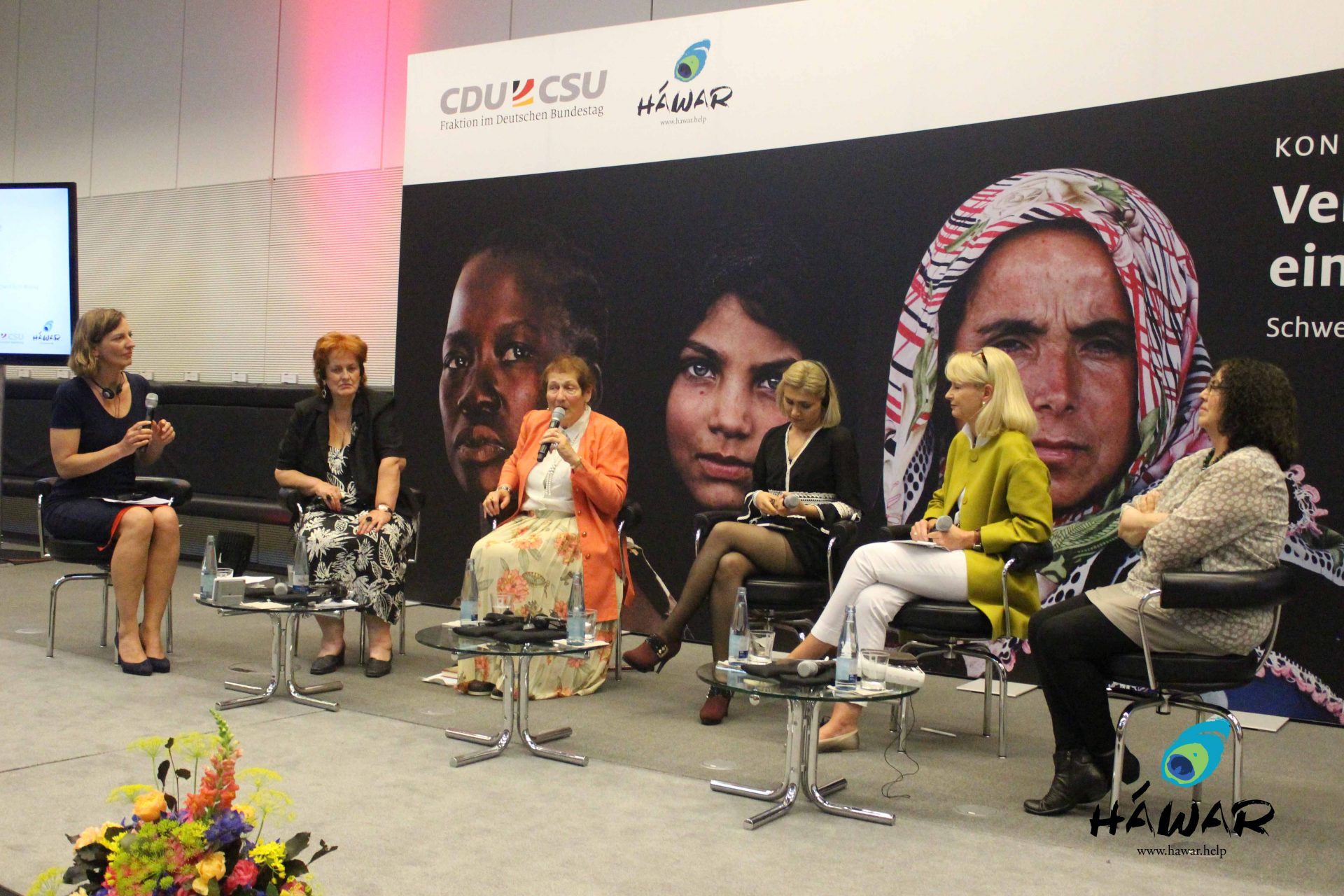